Perspectives is a personal essay I wrote shortly after the death of a writer friend of mine. 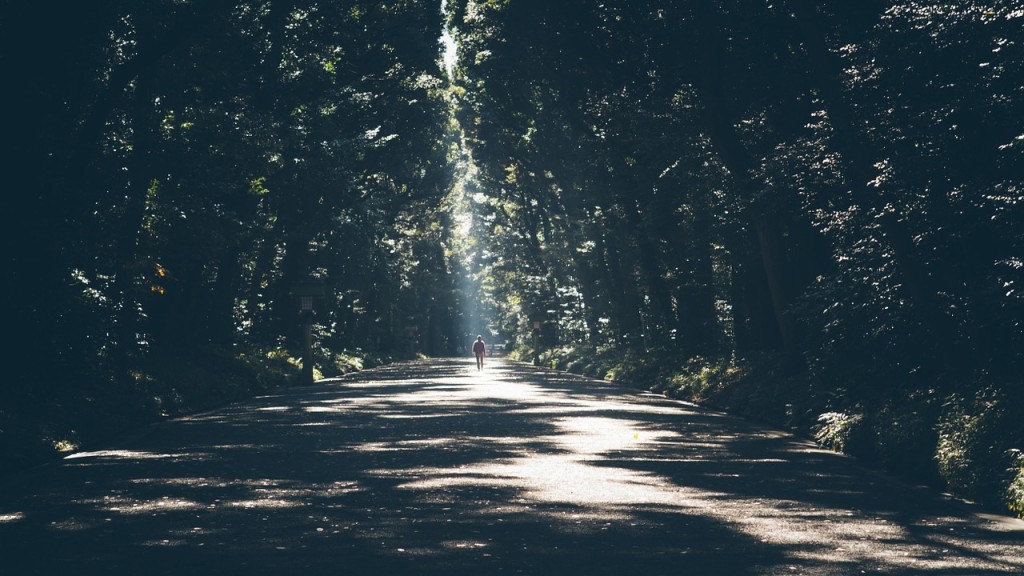 Recently I started drawing in an attempt to see what is in my head. This sounds worse than it is. I really just wanted to get a visual picture of the characters I was writing about in my novel. Of course, as with a lot of things, spending time drawing not only had direct familial impact, but it also opened up a whole new field of ignorance for me to plow.

I began by drawing portraits. With enough time, erasing, and re-drawing, I produced recognizable head-shots of the characters in my book. Or maybe it worked the other way around: I produced pictures of people who then became the characters. Either way, I was satisfied with the results, and even managed to put the colored pencils aside while I cleaned house, cooked well-balanced meals, and helped my children do their homework and wash their hair. Okay, so I still probably wouldn’t win the mother-of-the-year award, but at least we weren’t digging through the dirty laundry basket to find a pair of socks to wear, or eating eggs for dinner three times a week.

But then I showed my drawings to someone at work.

“I didn’t know you were an artist. These are wonderful!”

An artist. Like my mother. And with those words, my world expanded.

That night I noticed the tendons in my husband’s neck, the lines, the angles. He caught me studying him as he sat on the couch watching a show about the Revolutionary War on the History Channel.

“What are you doing?”

“Just looking at your neck.”

“Because it’s different than mine.” I perched on the edge of the couch and ran a finger over the lump of his Adam’s apple, trying to memorize what it would feel like to produce that line. Greg sat patiently while I probed the hollow at the base of his throat and ran two fingers along the solid ridge of his collarbone. Then he chuckled and I looked up.

“It tickles,” he explained.

My husband wasn’t the only one I looked at differently. When students came in to the library to check out books, I noticed the slant of their nose, the way their eyes were shaped, or how their hair hung straight or looped and curled.

Then one morning when I sat down to write I started to see the scene as if in a graphic novel. Inspired, I began to draw, even pulling my eight-year-old away from her playing that evening to take pictures of me in different positions in order to see the line of an arm angled just so. Or maybe how the material stretched over a bent knee. I worked on that picture for hours while the household slipped ever more toward that special domestic hell called chaos.

Several days later, after three or four attempts to draw a sofa without a Salvador Dali-like distortion, I resorted to asking my husband for advice.

“I can’t get this couch to look right. See? It looks like it’s a foot wide and twenty miles long. And defying gravity.”

“Something is wrong with your perspective.”

“I know that; I just don’t know how to fix it.” I tossed down my pencil. “My mom taught me about perspective, but I can’t remember what she said. I wish I could call her up and ask.”

As always when I mention missing my mother, Greg’s lips tightened a fraction while his eyes softened.

“I know.” After a second or two he added, “I wish I could help you, Hon, but it’s been years and I don’t remember much about it. Why don’t you buy some books? I know there are drawing books that deal with perspective.”

Books! Of course! One can learn anything from books. With a simple double click I was browsing the addictive Amazon of a bookstore. Temporarily distracted by a list of “personal recommendations”, I spent a few minutes considering whether or not to buy The Language of Color. Finally I decided to put it in my cart just in case I wanted to buy it later. Of course, this is exactly how I end up with more books than bookshelf space.

Two feet behind me, the furnace roared to life. Strains of alternative rock music coming from Greg’s computer mixed with the maniacal Sponge Bob laughter coming from the television in the living room upstairs. Unfortunately, none of it quite managed to drown out the Mom, Marisa is being mean to me wail from my youngest daughter. In a moment I would be called upon to play referee, judge, or enforcer.

I clicked on “Continue Shopping”.

After reading several online reviews, I settled on the books Perspective without Pain and Perspective Made Easy. Easy and painless sounded good right about then as various thumps and cries bounced down the stairs and spilled into my laundry room office. There were accusations and explanations from both girls. Marisa stuck out her bottom lip and drew her eyebrows together creating a crease in between. Shanna, however, scowled with her whole body, chin forward, hands balled up. I could draw her body shaped like a comma.

“Both of you, work it out. If you have time to fight, then you have time to clean your rooms.” Like usual, that comment elicited an uneasy alliance between the two of them. Mutual Assured Destruction my husband calls it. If one shoots off complaints, they both clean.

The drawing books showed up on my porch three days later, and in the two weeks following their arrival, I studied them whenever I had a free moment. Which wasn’t often. But in between work, directing the middle school play practices, and planning Shanna’s sixth birthday party, I started to learn the language of an artist. I needed to overcome what I know about the world, and instead, see it as made up of lines, shapes, color, and texture. The author of Perspective without Pain quoted Rembrandt saying, “If you want to paint an apple, you’ve got to be an apple!” Great, something to add to my list: mother, wife, cook, housekeeper, librarian, writer, artist, apple. I could see the artist thing was going to be more complicated than I knew.

After more set painting and laundry and birthday party cancellations due to eight inches of snow, I read about converging lines and vanishing points. Lines that we understand are really parallel to each other—like sides of buildings and roads—seem to converge as they recede from us. The point at which they meet is the vanishing point. I remembered my mom explaining this to me at some point during my childhood. What I couldn’t figure out was where that vanishing point should be located.

The next few days passed in a blur. The weather was downright wicked, and therefore work was crazy with everyone trying to make up lost time due to a snow day. Then one evening when I was checking my email, I received the news that Eric, one of my writer friends, was dying. It hit hard. One of the things I admire most about Eric and his wife Shirley is their relationship. Every little word, every gesture speaks volumes about how much they cherish each other. They share a sense of humor and tolerance that shows their total acceptance of themselves and each other. True to life’s sense of ironic timing, I received this new about Eric just shortly after an argument in which I had accused my husband of not liking me due to my lack of housekeeping. He had accused me of putting words in his mouth. I sat still for a moment, then shut down the computer and went upstairs to work things out with Greg.

It wasn’t until the next evening after dinner that I finally had a chance to sit down and read. I picked up where I had left off, lines converging and vanishing who-knows-where. I read the next chapter, and suddenly all the pieces of the perspective puzzle were laid out in front of me. The crucial step to drawing a realistic couch has to do with establishing the eye level—an imaginary plane that passes through the eyes of the artist when she is looking straight ahead. This is crucial because everything else is drawn relative to that plane. This was why my couch was long and skinny. This was why on the set, my painting of cacti looked larger than the jail building. My eye level wasn’t established—or at least not consistent. This made sense! The eye level determines the view, determines the picture.

I was in the midst of those mental gymnastics, trying to fit the puzzle pieces in the correct spot, when my youngest climbed on my lap. Children definitely have some sort of built-in, long range warning system that enables them to know when to interrupt—hence the need for locks on the bedroom door.

“I love you,” Shanna said. This is another built-in system to diffuse any frustration caused by her interruption. It worked. Instead of setting her back on the floor, I cuddled her warm body against me, breathing in the scent of her bubble bath skin and hair.

“Mom, when is my birthday party?” She looked up at me, eyes a little bluer and rounder than Marisa’s.

“Sunday. Today is Tuesday, so there are five more days.”

“Five days goes fast,” I told her, thinking about the hundreds of things I had yet to do before everyone showed up for the party. Five days probably wasn’t going to give me enough time to make the house look like I cleaned it on a regular basis. And five days to the party meant there were only six days until I turned forty. Not that it mattered. I’d already been calling myself forty for several months, much to the disgust of my friend who is three months younger.

“Five days takes forever,” Shanna said as she slid off my lap and went upstairs to find out what her sister was yelling about.

I sat there staring at the cat’s litter box located next to my desk. But I wasn’t seeing it. Five days is forever to a six-year-old. Five days is a mere blink of the eye to a forty-year-old. And suddenly the puzzle snapped together. Everything depends on your vantage point. How does one add depth to her life? Perspective. How does one establish perspective? Start by determining your eye level, and everything else is in relation to that.

Eric doesn’t have to vanish at some point if one has a high enough eye level. My mom? If I establish a heavenly eye level, her life will still be running parallel to mine. And my life? If I look at it from here, it encompasses almost the whole canvas. But raise the eye level to all eternity, and it is but one dab of paint in the masterpiece, one thread in the tapestry. Sometimes it is impossible to know what part I play in the whole show. But it’s people like Shirley and Eric who can help raise my viewpoint. If I am open to learn. If I can overcome what I know and really see.

Upstairs the door banged shut and woke me from my reverie. My husband called out a hello and I answered. His steps thundered down the stairs, and when he hugged me, we became one shape, the color and texture of which I am still learning to really see.