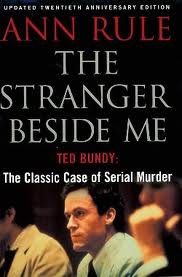 The Stranger Beside Me by Ann Rule

One of the things that fascinates me the most about being hardwired for STORY, is the stories we tell ourselves. How much of those stories are true, and how much are lies? And are we even aware when we lie to ourselves? I know I am sometimes, but what about the rest of the time?

We all tell stories to ourselves that aren’t true. This is partly because nobody can ever be completely objective. We see the world through the filter of our past, our experiences, our upbringing, our expectations. This means the stories we tell are biased. However, that isn’t necessarily a bad thing–as long as you realize it. This is where it becomes important to listen to the stories and opinions of others, even those that are opposite of ours–especially those that our opposite. What scares me about today is how many people get their “news” from Facebook or Twitter. The ability to filter the world is both a blessing and a curse. What if we only follow those who are like us? Those who have the same beliefs and the same ideals. Those who say only things we like to hear. How will we ever know if we are lying to ourselves if we never check our stories against what others say and believe?

Sometimes it is good to lie to yourself. How can this be, you ask? Well, let me tell you about student teaching. The only way I survived was to keep telling myself I was confident, it was no big deal. I needed that “story” to act confident. It’s the whole, “fake it til you make it” thing. (Which, now that I think of it, was how I survived high school too.) Still, I was aware that it was a story I was telling myself. Head games.

Use this in your writing. In my first novel, Black Dragon, the protagonist tells herself a story 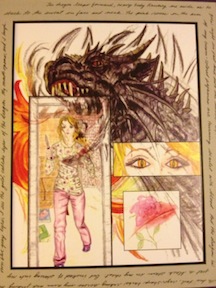 to stay alive. She tells herself that she is a dragon fighter because dragon fighters fight, they don’t just give up and die. Think about the stories your characters tell in their heads. How can you use these to help your character survive and grow?

Sometimes it’s not good to lie to yourself. I’ve listened to people tell themselves stories about being incompetent, uncreative, or stupid. The saddest part is when they really believed those stories. Here’s the thing about stories–they have power. Even if you say those kind of things without really meaning them, eventually, if you tell yourself that story long enough, you start to believe it. It becomes true–to you.

I’d read and heard a lot about the shootings at Columbine–of course, working in a school made me extra sensitive to all of it. But I couldn’t wrap my head around how these two boys could walk around that school shooting people and whooping it up like they were having fun. What kind of things were they telling themselves that made it “okay” for them to do such horrible things to people they knew? Finally one of my friends recommended the book Columbine by Dave Cullen. The book is non-fiction, but reads like a novel. I couldn’t put it down. Sifting through thousands of reports, police records, journal entires and more, the author paints a very chilling picture of Eric Harris as a psychopath who believed he was superior to all. Eric Harris’s warped inner story is what allowed him to shoot classmates in cold blood.

At the time I was reading Columbine, I was struggling with one of the characters in my YA manuscript, I Feel For You, and I started to think the solution involved that character’s inner story. So what do I do when I’m stuck in my writing? More research, of course. (not that I’m advising this) I read the book, The Stranger Beside Me, by Ann Rule (An excellent book about serial killer Ted Bundy) and Without Conscience: The Disturbing World of the Psychopaths Among Us by Robert D. Hare, PHD. One of the things that struck me most was the sentence, “Psychopaths frequently see themselves as the real victim.” How someone’s inner story could be so far from the truth was astonishing to me. Ted Bundy worked on a Crisis Hotline helping people through some terrible dark moments. Yet he was a brutal killer. The disconnect still boggles my mind. 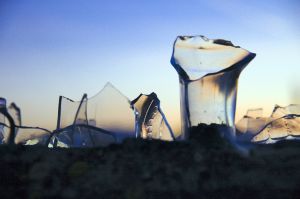 One of the reasons I write is to understand myself, others, the world around me. And those things that boggle my mind keep me writing. Hope it works the same way for you.

4 thoughts on “The Lies We Tell Ourselves”