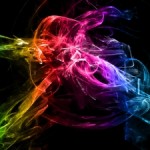 – from Jim Henson’s Doodle Dreams: Inspiration for Living Life Outside the Lines.

My daughter came to me today and announced that she had to write a historical fiction short story. “I hate writing historical fiction,” she said. “It’s all been done before.” No matter what era I suggested, she declared it “boring” — although she did note that if it involved violence it would then be more interesting to the class.

I found her comments interesting because the previous night I had been paging through the small book, Jim Henson’s Doodle Dreams, and came across the quote written above. It seems that maybe creativity is not only the ability to make the strange familiar, but to also make the familiar new and fresh.

When I sat down to write a post on creativity for today, I was definitely not feeling terribly creative. After all, this subject has been written about in some form or another many, many times. So I did what most writers do when feeling blocked–I went on YouTube. You’re laughing, but you know you do the same thing (although it might be Facebook or Twitter or some other black hole of time.) The funny thing is, I found a fabulous video of John Cleese 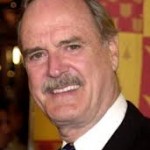 talking about creativity — and telling lots of lightbulb jokes too.

The encouraging news (for me) is that creativity is not talent. Nor does it depend on IQ. John Cleese talks about what McKinnon’s research found out about creativity.

John Cleese also reminds us that pondering on a subject will help your brain come up with a creative solution. “Keep your mind resting against the subject gently and you will be rewarded.” This might be why listening to a recording of the chapter I want to edit gives me a new perspective.

The last of John Cleese’s advice: If you don’t know how to begin — start generating random connections and let your intuition tell you whether they might lead somewhere interesting. Maybe I’ll see if my daughter wants to give this a try. Vampires and Abraham Lincoln? Oh wait, that’s been done already.